We know that many schemes are released by the government for women empowerment. The importance of women is very important in our country. Women are considered to be the form of God. The government also gives priority to women in jobs and in other ways. While the government has brought several schemes for the welfare of women, once again it has brought a new scheme for women and daughters which is the name of the scheme Vhali Dikari Yojana.

If a daughter is born in our house, we say that Lakshmi was born. When there is a new enthusiasm in our home, the government has introduced a new scheme for the promotion of girls which is a plan Vhali Dikari Yojana. 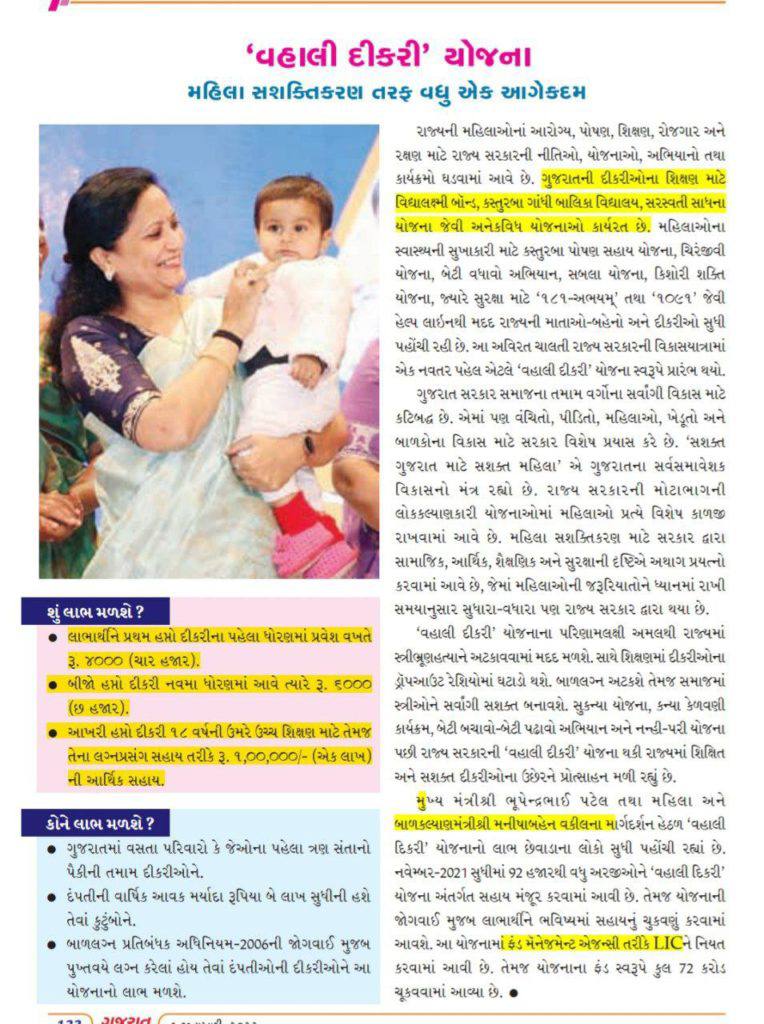 Even if the Government of Gujarat is committed to the overall development of all sections of the society, the victims women are making special efforts for the development of farmers and children. Most of the schemes of the state government are taken care of women in public welfare schemes. 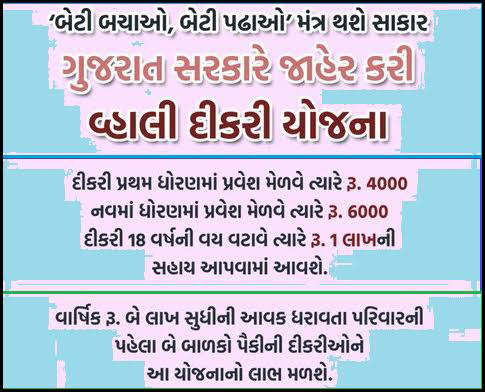 The result-oriented implementation of the Wali Dikri Yojana will help prevent female feticide in the state. Along with this, the drop out ratios of girls in education will be reduced as well as to empower women in the society. 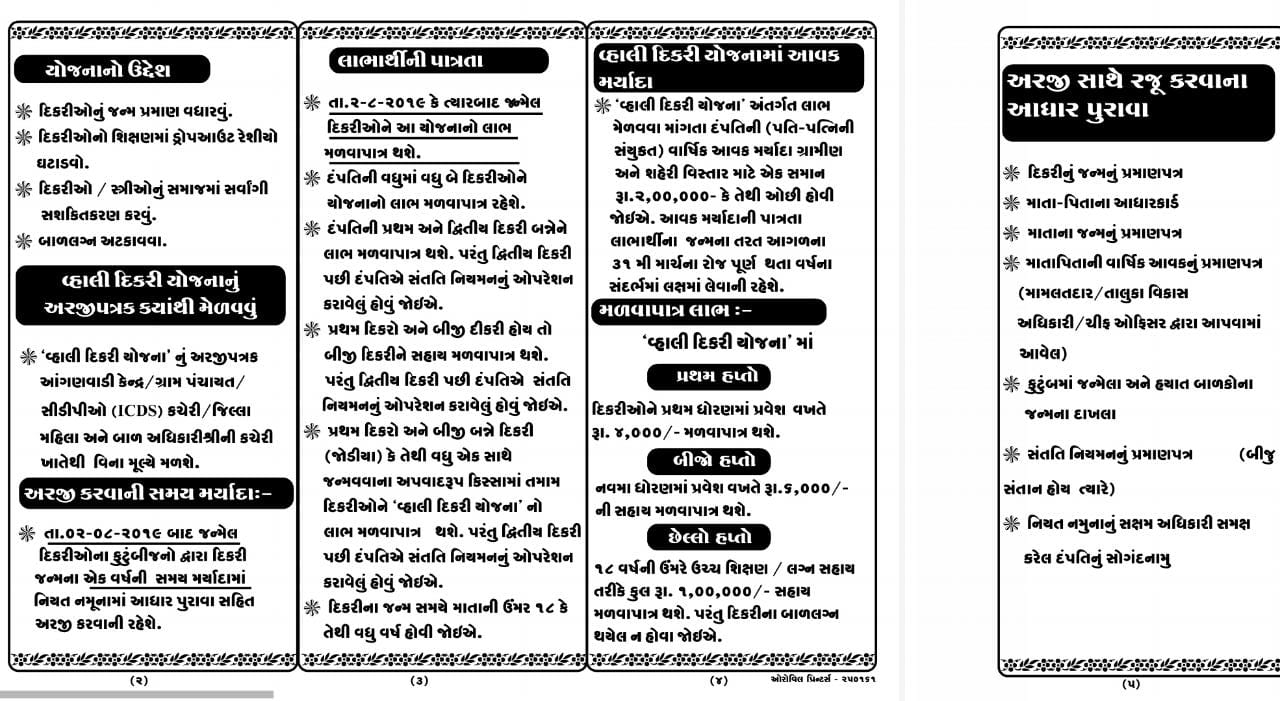 The Government of Gujarat has made new provisions about this scheme. The process of affidavit in the state of Gujarat has been canceled. Accordingly, a new change has been made in the provision of affidavit in Vahali Dikari Yojana.
Vhali Dikari Yojana can be applied online. The scheme can be applied from the Digital Gujarat Poratal of the Digital Portal website of the Government of Gujarat.
Important links:
• વ્હાલી દીકરી યોજના PDF – Download
• વ્હાલી દીકરી યોજનાની સતાવાર વેબસાઈટ – wcd.gujarat.gov.in
• ફોર્મ ભરવા માટે અને યોજનાની માહિતી ગુજરાતી મા મેળવવા – અહીં ક્લિક કરો
This scheme is very useful in which the daughters will get money from installments. Since the birth of the daughter, she is given financial support. A total of 1 lakh and 10 thousand rupees are eligible.